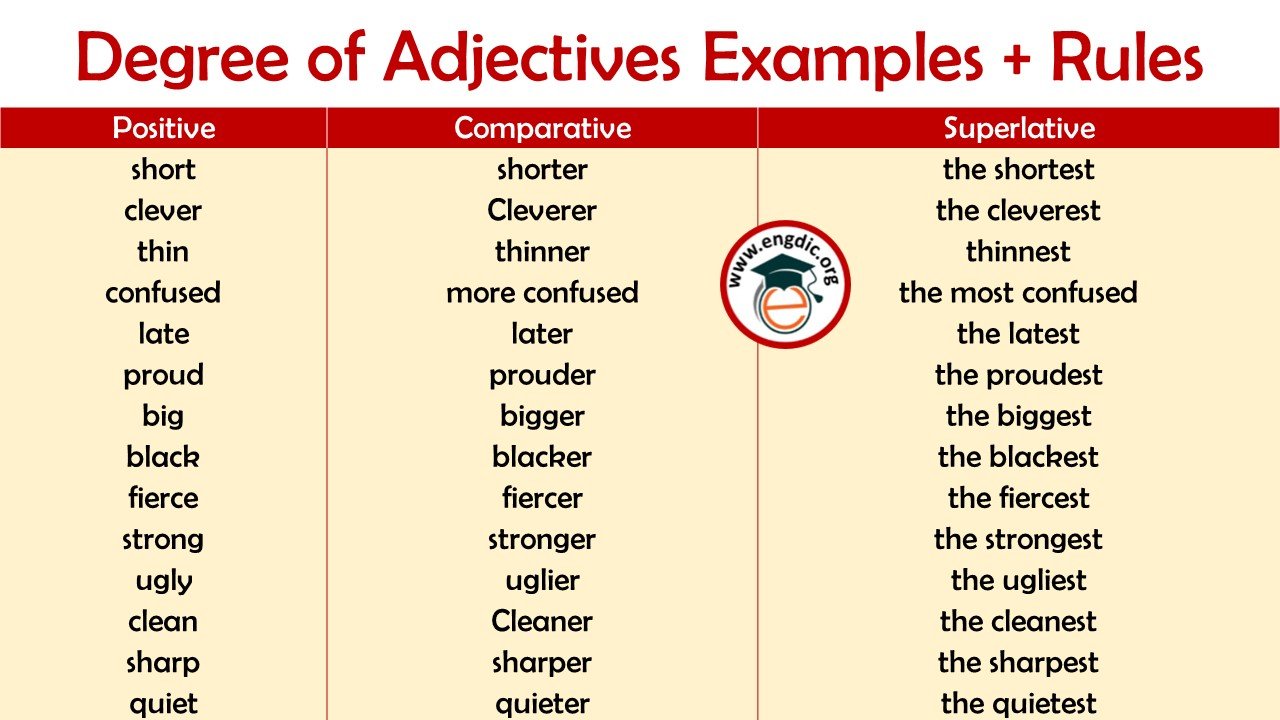 What is an Adjective?

In linguistics, an adjective (abbreviated adj.) is a word that modifies a noun or noun phrase or describes its referent. Adjectives describe or modify—that is, they limit or restrict the meaning of—nouns and pronouns. Words like small, blue, and sharp are descriptive, and they are all examples of adjectives. Degree of adjectives sometimes called degree of comparison.

There are four kinds of Adjectives

E.g. She is taller than her sister.

E.g. New York is the most beautiful city in America.

Formation of a Superlative and Comparative

1. To form a degree of a single syllable adjective we will add ‘-er’ to make comparative and for superlative we can add ‘-est’.

2. To make a Comparative degree of Adjectives have two or more than two syllables we can add ‘more’ and most for superlative.

There is no specific rules to make degrees for such adjectives. 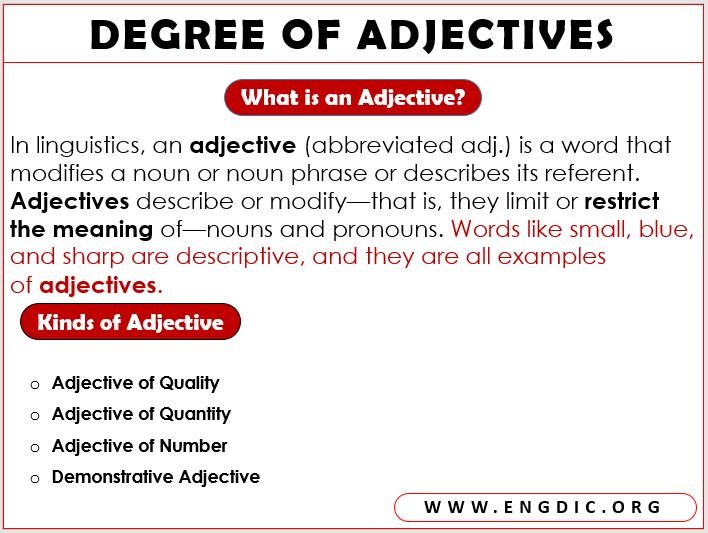