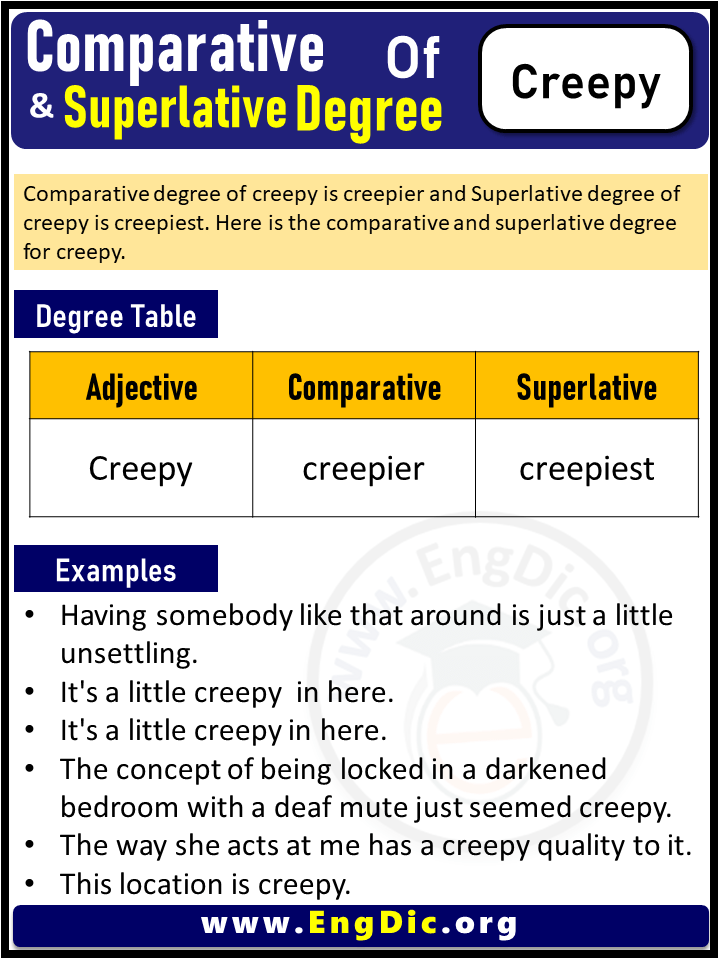 Examples Sentences for Degrees of Creepy