Other words for Sad or depressed

The sad definition is – affected with or expressive of grief or unhappiness affected by unhappiness or grief; sorrowful or mournful: to feel sad because a close friend has moved away. expressive of or characterized by sorrow: sad looks; a sad song. causing sorrow: a sad disappointment; sad news. Download a PDF of other words for sad or depressed here. For more synonyms Visit here.

Other words for sad

To download PDF of other words for sad or depressed go to the bottom.

The slums were filled with poor, wretched children.

The puppy had woeful eyes.

He stood before me the most woebegone, heartbroken man I ever saw.

He had a wistful look on his face.

Their influence in these respects was weighty and important.

She started getting weepy when she talked about her mother.

If something is upsetting you, consider sharing it.

The kid was already too upset about something.

He is becoming unhappy with his boss.

There wasn’t any evidence to suggest other than an unfortunate accident.

Facing him again was an unbearable thought.

You just seem to be troubled, lately.

You’ve been through a traumatic experience.

What a sad and tragic life poor Annie led.

What a sad and tragic life poor Annie led.

Prince Vasili pronounced these last words in a tearful voice.

The job turned out to be more taxing than I’d expected.

She was sorry to hear about their divorce.

Some, with sorrowful hearts, fled beyond the seas.

She rubbed a sore spot in her lower back.

His somber gaze met hers and then drifted to her lips.

Social life was sluggish in some ways and wild in others.

This shameful discomfiture quickened all the suspicion and jealousy fermenting in France.

The furniture was old and shabby. He wore a shabby coat.

A small, older woman in severe grey opened the door.

This is serious stuff. Don’t joke

She’s so sensitive that she always cries at a sad movie.

Your view of life is a regrettable delusion.

There was a regretful accent in the creature’s voice, and at the words all the other dragonettes sighed dismally.

He was profound in a way that surprises me.

The poor kid is feeling deserted.

I am sorry if that phrase sounds a little ponderous.

The moment was too poignant to be amusing.

The plaintive moan of reproach was drowned by the threatening and angry roar of the crowd.

It was pitiful to see them, boys, put in the dancer.

Still more pitiable was the condition of the court.

The film gives a very pessimistic view of human nature.

She struck Archer, of a sudden, as a pathetic and even pitiful figure.

It’ll be a slow, painful death.

He was too out of sorts to feel the Watcher’s arrival.

It is hard to believe that oppressive heat is felt in the valley just beneath him.

She has a nasty habit of biting her fingernails.

It took some getting used to moving around.

At the mournful note in her voice, he hugged her tightly.

I don’t mean to sound morose,” he said with a smile.

His early studies were directed chiefly to morbid anatomy.

Adjective I don’t know why I get so moody sometimes.

My boss is making my life thoroughly miserable with her constant demands and criticism.

He seemed burdened with melancholic thoughts and dark visions as he wrestled with his pursuing demons.

This lugubrious work of art was set up in white marble after his death in St Paul’s cathedral, where it may still be seen.

Vincent agreed, too low–spirited to put up any resistance.

His voice was low and husky

The weather was at its worst; bitterly cold, with leaden skies that gave minimum visibility.

The institution had fallen into a state of lamentable inefficiency.

After Diana’s husband died, she became a lachrymose woman who could not stop crying.

Jane is trapped in a joyless marriage.

He’ll be inconsolable, Linda said with a delighted laugh.

The suitcase didn’t seem that heavy at the time.

They were absolutely heartsick over the loss of their home.

She wrote a heartbreaking story about the death of her grandfather.

To be quit of his hateful presence he gave him a mili tary command.

I don’t think I could live through such a harrowing event again.

I don’t think I could live through such a harrowing event again.

No war was ever more grievous to freedom and civilization.

My parents were deeply grieved and perplexed.

He stood staring at the girl, grief–stricken.

We realized very quickly we had made a grave mistake, and I don’t even like to think about it.

The man stared at him with the same glum look.

He was gloomy and absent-minded.

Important Sentences List 3 Other word for sad or depressed

Funereal pace but is never boring.

Prince Andrew came up to her with downcast eyes.

Rob has been down in the mouth ever since Gloria broke up with him.

She’s a bit down in the dumps because she’s got to take her exams again.

To download PDF of other words for sad or depressed go to the bottom.

They sat down at the table.

Through an interpreter this week, a dolorous Dolores explained that it hadn’t taken her long to realize she’d been duped.

The girl had a doleful look on her face.

Look, I don’t want anything disturbing that property!

Democrats are more dispirited today than they have been in years.

Handed a dispirited, defeated force, he instilled into it the will to win.

The definition of dismal is something that is gloomy that makes you feel sad.

Probably the consciousness that his dominions would be broken up among his sons after his death had a disheartening effect upon him.

Her stomach grumbled but the thought of a ham sandwich disgusted her.

His last public act was a disgraceful one.

I am not discouraged, nor am I afraid.

You may turn away when your Savior draws near; you may sit disconsolate.

Important Sentences List 4 Other word for sad or depressed

Half the city was destroyed by a disastrous fire.

His childhood was passed in dire poverty.

This might be the most difficult decision she would ever make.

The children, feeling sad and despondent, were about to follow him when the Wizard touched Dorothy softly on her shoulder.

The collapse of her business had made her desperate.

I have been despairing at the thought of this.

It was a desolate wasteland except for some grazing sheep.

I suppose the atmosphere is a little depressing around here right now.

The most deplorable weakness of Paul was his nepotism.

“Apparently I was wrong,” he said in a dejected tone.

He looked tall and lean in a dark suit.

The cruel man lashed the horse with his whip.

His crestfallen look should have been a victory, but instead she wished she could eat the words.

Cheerless rooms and the service was very poor.

He was broken–hearted when she left.

It had a bright blue cover, which he was careful not to soil.

In the winter the landscape is bleak and the house is drafty.

It was far too sweet and had a bitter aftertaste

Because I had a bad cold, I went to bed earlier than usual.

I had an awful crush on him when we were in high school.

The difficulties before him were appalling

He was in agonizing pain.

He felt aggrieved by their refusal to meet with him. 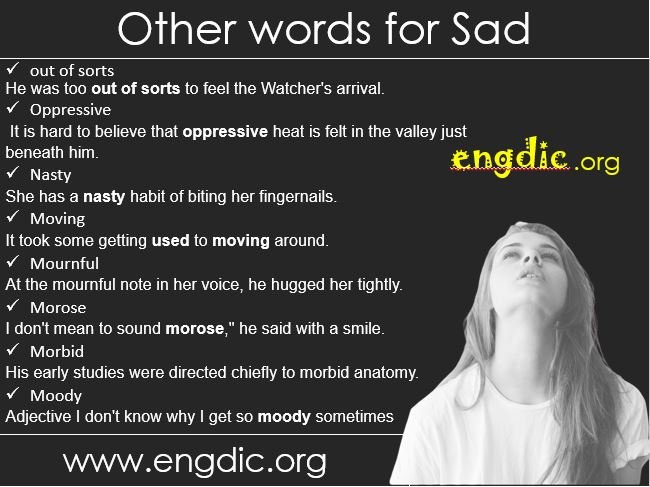 other words for sad or depressed 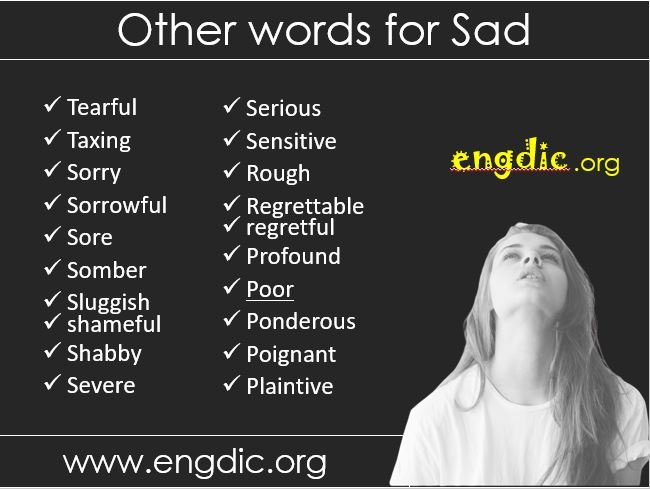 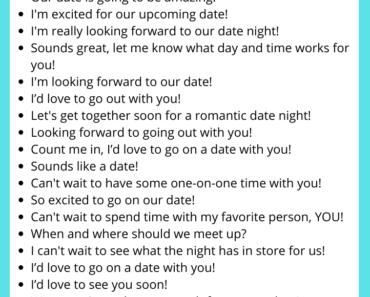 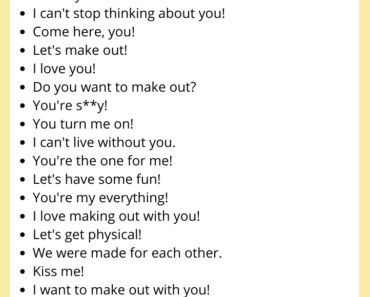 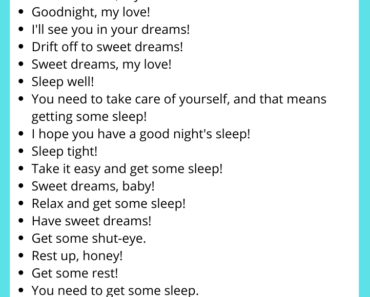