Past perfect tense describes an action or a work that is completed in the past.  The third form of a verb is used. “had” is used as helping verbs with both the singular and plural nouns and pronouns.

Firstly 3rd form of a verb is used.

Secondly “had” is used as a helping verb. With all types of nouns and pronouns. 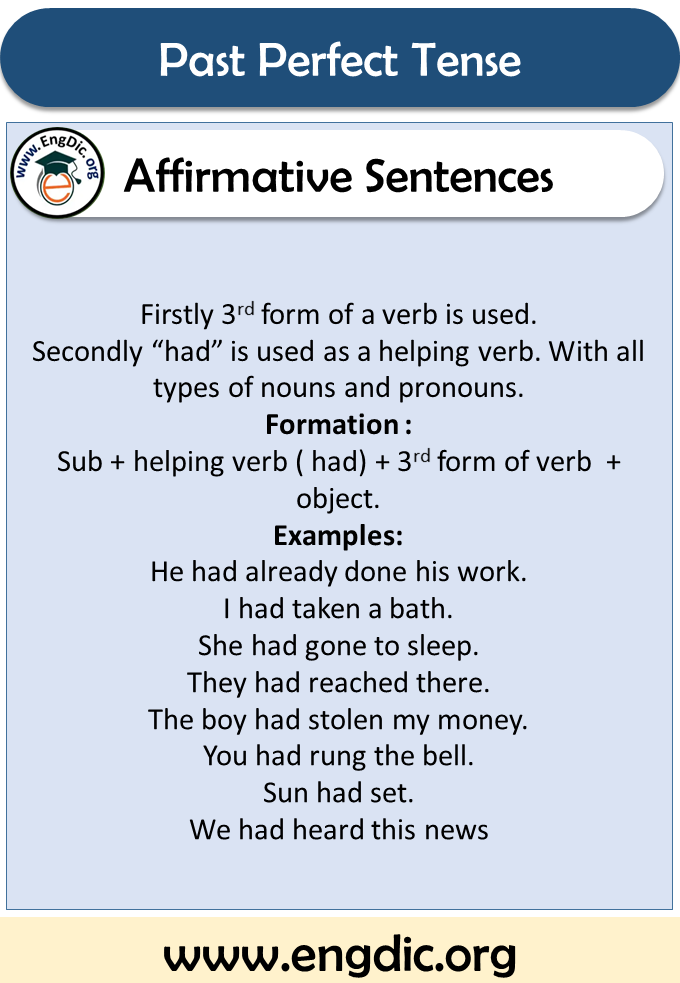 When we have to make negative sentences, we use not after helping verb. 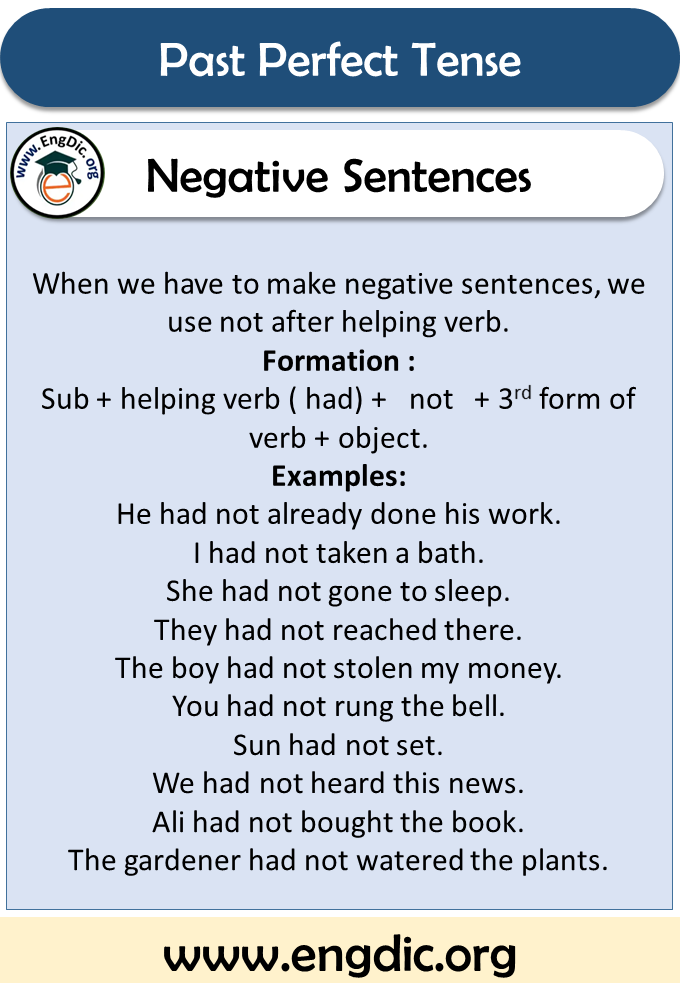 In the case of interrogative sentences, the helping verb (had) is placed at the start of the sentence. And a question mark is added at the end. 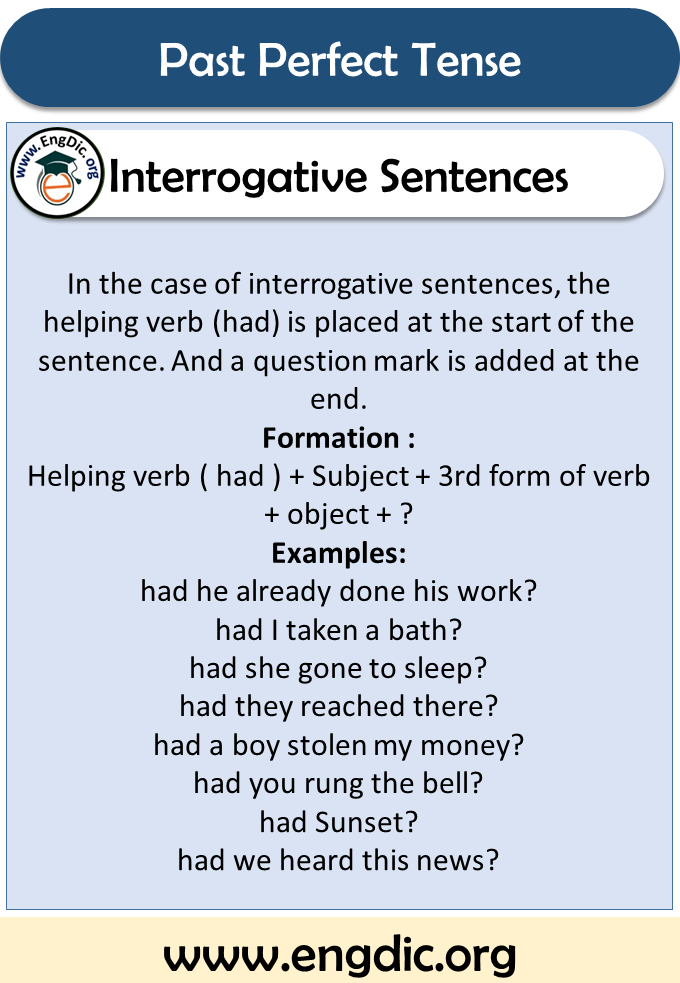 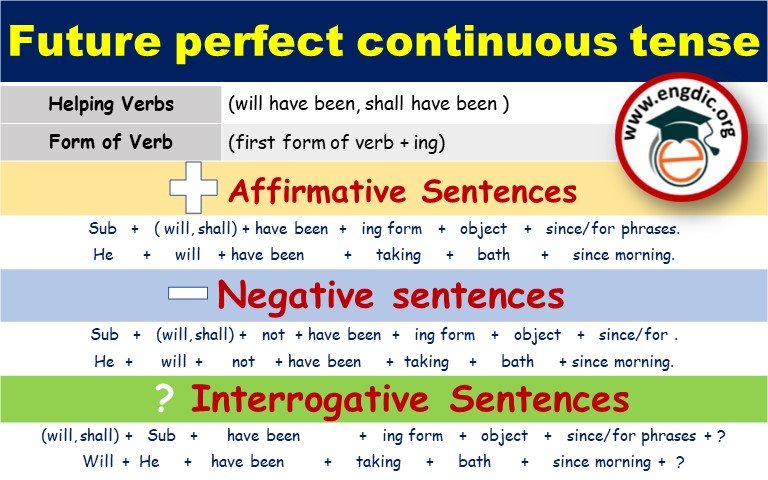 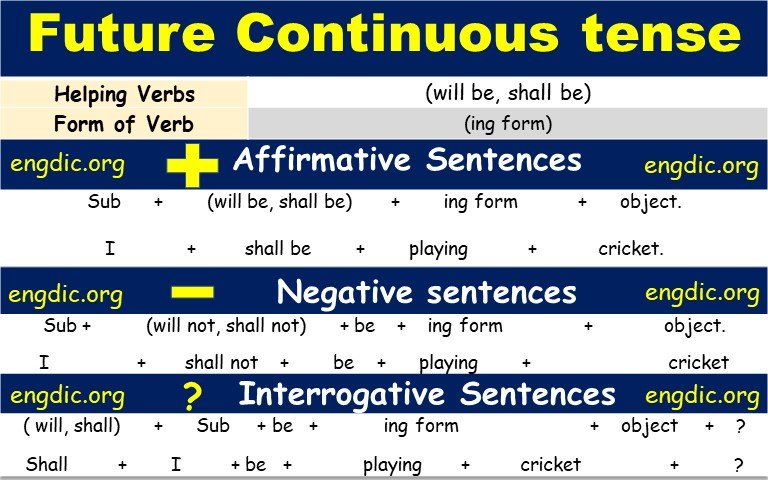 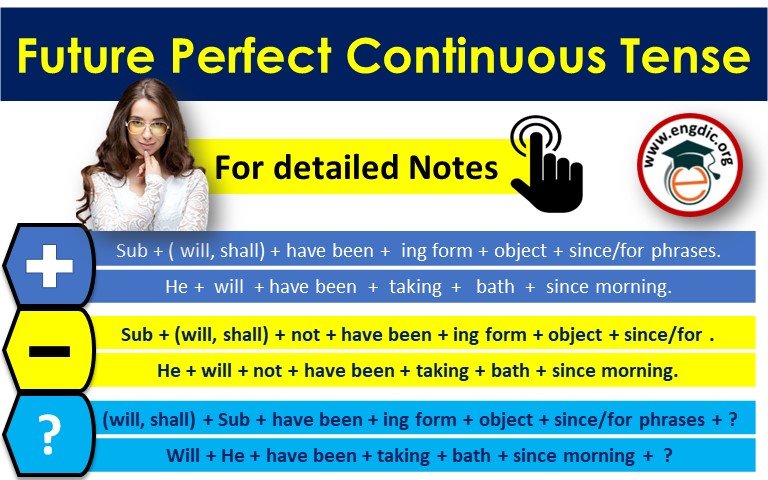 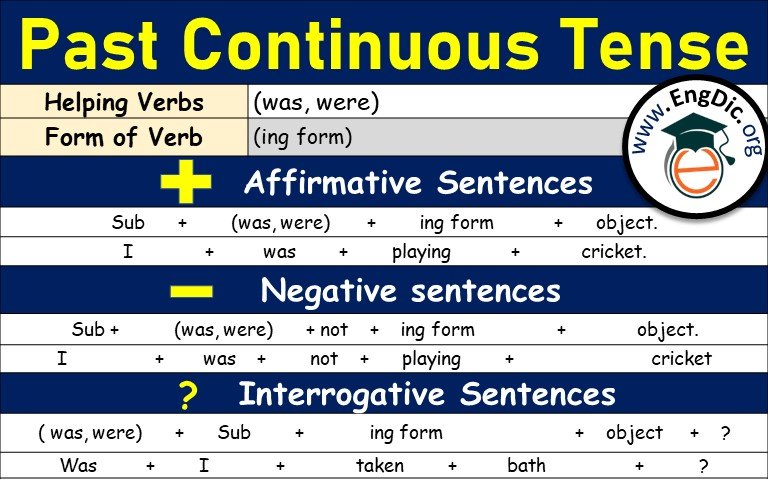 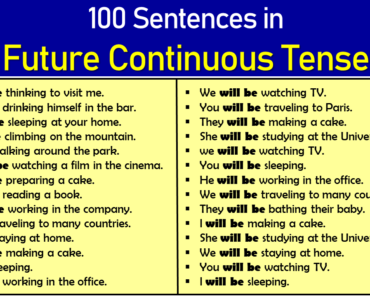 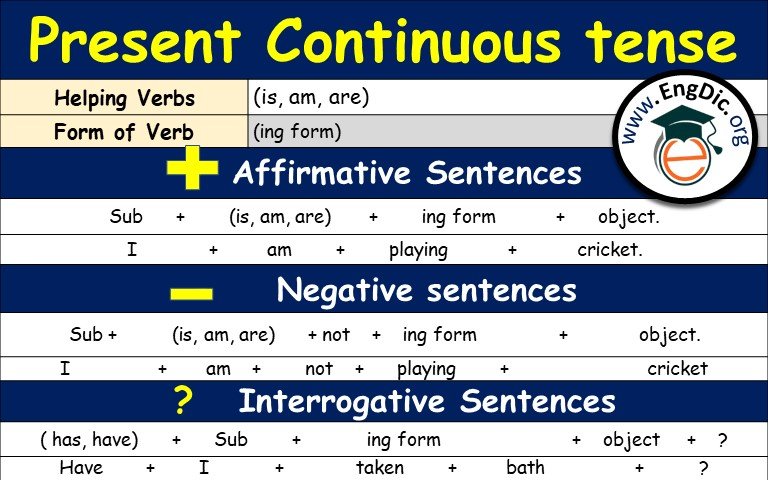