Inspirational Moral Stories for Adults! Everyone loves to read and listen to stories. Stories have a special power to fill us with joy and pleasure. It can inspire us and help us in getting our things done, by adding power and energy to our thoughts and mind.

Let us read some very Interesting moral stories for adults:

1. A Farmer and His Sons

Once a farmer had three grown-up sons. They always quarreled among themselves. Their father advised them to live in peace but it had no effect on them. He was worried about their future. One day the farmer fell seriously ill. He sent for his sons. He asked them to collect a handful of sticks which they did at once. He tied the sticks into a bundle.

Now, he asked them to break the bundle one by one. They tried hard to break it but none could. At last, the farmer untied the bundle and asked each of them to break each stick. They did so quite easily. Their father said, “My dear sons, you could not break the sticks as long as they remained tied together but you broke each single stick quite easily. They were strong in bundle but became weak when separated from one another. Never forget that united we stand and divided we fall.” Inspirational Moral Stories for Adults

This had a deep effect on the farmer’s sons. They gave up quarrelling and began to live in peace.

Moral: United we stand and divided we fall.

2. The Donkey Trapped in His Own Trick

A villager had a donkey. He earned his living by transporting goods from place to place on that donkey. One early morning, he loaded the donkey with salt and set off to the town. A stream ran across his way to the market. As the donkey walked through the stream it slipped and fell down. A good deal of salt was washed away and the donkey felt light. The donkey thought it was quite a good trick to make the load light.

Next morning, the man again loaded it with salt. The donkey played the same trick and got light. The master saw through the game and made up his mind to teach the donkey a good lesson. Now, on the third day, he put a bale of cotton on the donkey. The silly animal tried the same trick once more. Soaked with water, the cotton load became much heavier than when it was dry. Inspirational Moral Stories for Adults

Moral: The foolish donkey was punished for his bad intention.

One hot summer day, a Stag went to a pool to drink water. The pool water was clear. It could see its reflection in the water. It felt proud of its beautiful horns. But when it saw the shadow of its thin legs, it felt sad and hated them. While it was still thinking of its ugly legs, it heard the sound of the horse’s hoofs of a huntsman and the barking of hounds. It ran for its life as fast as its legs could carry it. In no time it left the hounds far behind. Now it happened to pass through a thick forest. As it rushed through, its horns got caught in the branches of a tree. It struggled hard to free itself but all in vain. Meanwhile, the hunter and his hounds came chasing it. The hounds fell upon it and killed it- The legs it hated had carried it away from the hounds while the beautiful horns brought about its death.

Moral: All that glitters is not gold.

4. A Friend in Need is a Friend Indeed

Once upon a time two very close friends lived in a village. As time passed their friendship grew thicker and thicker. Now they were grown up men. One day they decided to go and find work. They set off. Before leaving their village, they promised to stand by each other through thick and thin. They took oath of sincerity and assured each other of help in the hour of need. They had to pass through a jungle. They had not gone far into the thick forest when they found themselves face to face with a big bear. The bear began to move towards them. They felt helpless and terrified. One of them knew how to climb a tree. He at once caught hold of a strong branch and swung up the tree. The other could not climb. He had heard that the bear does not eat the dead. So he lay down on the ground and held his breath pretending to be dead. Meanwhile, the bear came to him and shifted him. The bear left him. When the bear had gone out of sight, the friend on the tree came down. He asked his friend, “Dear friend, what did the bear whisper in your ear?” The other replied quickly, ”The bear advised me not to trust a selfish friend.” Saying this he left him and went away. Inspirational Moral Stories for Adults

Moral: A Friend in Need is a Friend Indeed

A hunter had a beautiful hound that always went hunting with him. The faithful dog was a fast friend of the hunter’s only son who loved to play with the dog. The master also loved the hound for its friendship with his young son who was only ten years old. The master of the house had no one else in the house.

One day, the hunter went out hunting but forgot to take the hound with him. His son was still asleep in his bed. As he reached the edge of the forest he found that he had forgotten to bring the hound with him. He decided to go back and bring the hound. He came home but was afraid to see his hound all bloodstained standing at the gate. The hunter thought that the hound had killed his son. He whipped out his sword and killed the dog. Inspirational Moral Stories for Adults

He quickly walked into the house and saw blood pools here and there. Just then, he saw his son coming out of his room. The boy told his Father that a wolf had come into the house and was about to kill him when the hound pounced upon it and tore it to pieces. The hunter began to cry at his haste in killing the faithful creature.

6. The Tailor and the Elephant

A tailor ran a shop in a town. He was a good-natured jolly fellow. A man in the town had a pet elephant. The elephant went drinking at a pool out of the town daily. It passed by the tailor’s shop. The tailor gave him a bun every day. In course of time, they became good friends and were well pleased to meet each other. The tailor always waited for the elephant to come to him and the elephant was also there at the usual time. Inspirational Moral Stories for Adults

One day, the tailor had a dispute with one of his customers. He was feeling unhappy and cross. Meanwhile, the elephant arrived and put his trunk into his shop through the window to receive the friendly bun as usual. The tailor instead of giving a bun pricked its trunk with a needle. The elephant felt hurt at this but silently went his way to drink.

The elephant quenched his thirst and then filled his trunk with dirty, muddy water. It came back quickly, but its trunk in, and emptied it. The whole shop looked as if it was plastered with mud. All the fancy dresses and rich wedding robes were mud-stained and badly spoiled. The tailor was sad but it was too late.

Moral: It is well said, “Look before you leap.”

7. The Clever Cat and the Vain Fox

One day a cat and a lox happened to meet in a forest. The fox said to the cat, “Good morning, where are you off to? Let’s have a chat. It’s all safe here.” The cat stopped and greeted the fox and said, “Mr. Fox, I think it is not safe to stop here for long. I usually see hunters about here.”

The fox replied, “Oh, never mind the hunters. I know some of the tricks to dodge the hunters. Do you also know any such a trick?” The cat said. “I only know how to climb a tree in time of danger.” The fox was vain and looked at the cat with contempt. He said, “Ah! Poor soul, Is that all? How can you escape death if your single trick fails? Shall I teach you some sure tricks?” Inspirational Moral Stories for Adults

Just then the cat saw a huntsman approaching with a pack of hounds. It said, “Look!

There come the hounds. Goodbye.” It climbed up the nearest tree and cleverly saved her life. The hounds came upon the vain fox very soon. The fox ran for his life but the hounds overtook him before long and tore him to pieces.

Once a hungry wolf was devouring his prey. In a bid to finish it quickly, he swallowed a big bite of the flesh but a bone also went in and got stuck in his throat. It hurt him Very much. So he decided to go to a crane to get help from him. He said, “Well dear friend, I Am in a great trouble. Please pick out the bone in my throat.” The crane was afraid lest the Wolf should bite off his head. But the wolf assured him of safety and a big reward besides, for the service. At last, the crane agreed to do the needful. It put its long beak into the throat of the Wolf and pulled out the bone. The wolf was very happy now. The crane demanded the Promised reward for his service. The wolf, at once, said, “Isn’t it a big reward that I have not bitten off your head when it could not have escaped my teeth.”

The crane hopped away disappointedly.

9. The Jester and the King

Once upon a time a king had a jester in his court. The king was so fond of him that the jester enjoyed every kind of liberty of speech. He did not even spare the lords and ministers. So much so that he began to ridicule even the king but no one could dare to complain against him. This made the jester bold and proud. He cared for none.

One day while the king was holding a court and was busy in serious state affairs, the jester made fun of the king. Dead silence fell on the court. The king got highly offended and sentenced the jester to death. The jester bent down over his knees and begged for mercy but the king was so angry that he turned down his request.

At last, when the jester pleaded for mercy again and again, the king said, “Die you must but I grant you the freedom to choose the kind of death you like.” Inspirational Moral Stories for Adults

The clever jester at once used his ready wit and took good advantage of the concession saying, “Your Majesty! I choose to die of old age.” The king was impressed and forgave the jester with a warning for future.

Moral: It never pays to overreach yourself.

Must Learn: How to write a Powerful Application in English?

Which is the best moral story?

I have tried my best to provide you with some best pieces stories and these 9 most awesome stories, that I have ever read. Still, if you are looking for something more powerful, below are 7 most powerful inspirational stories: 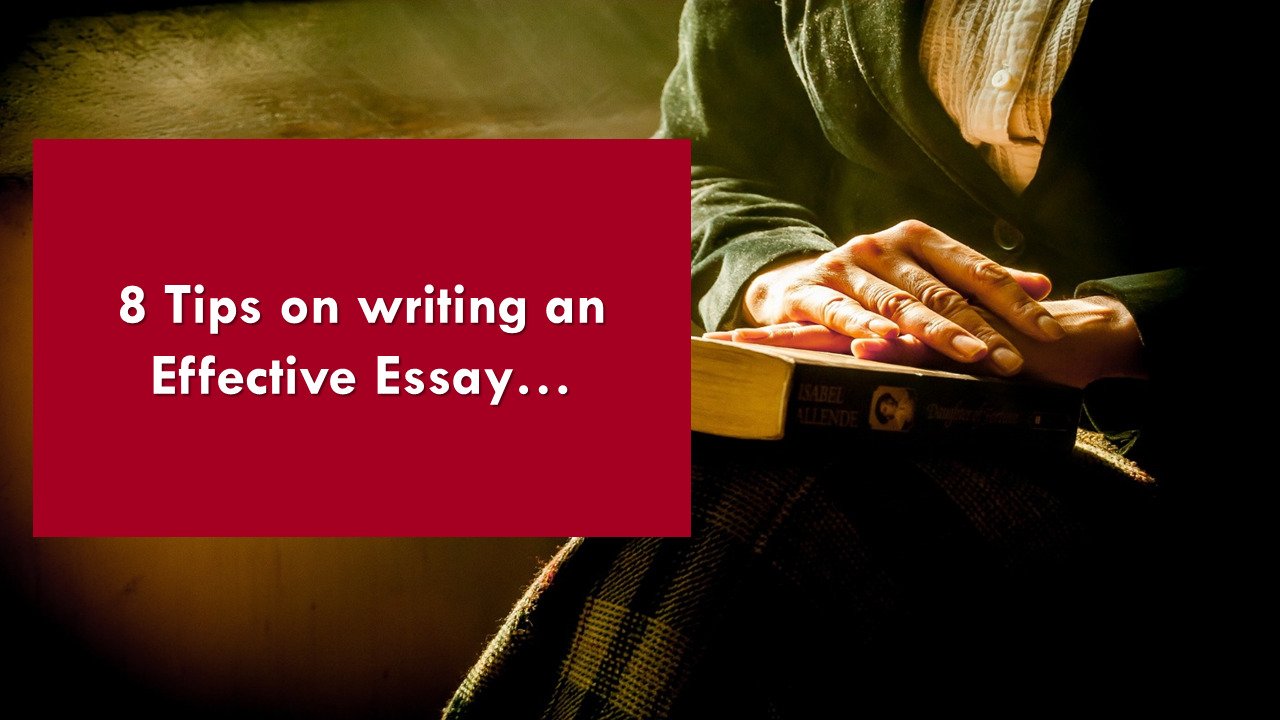 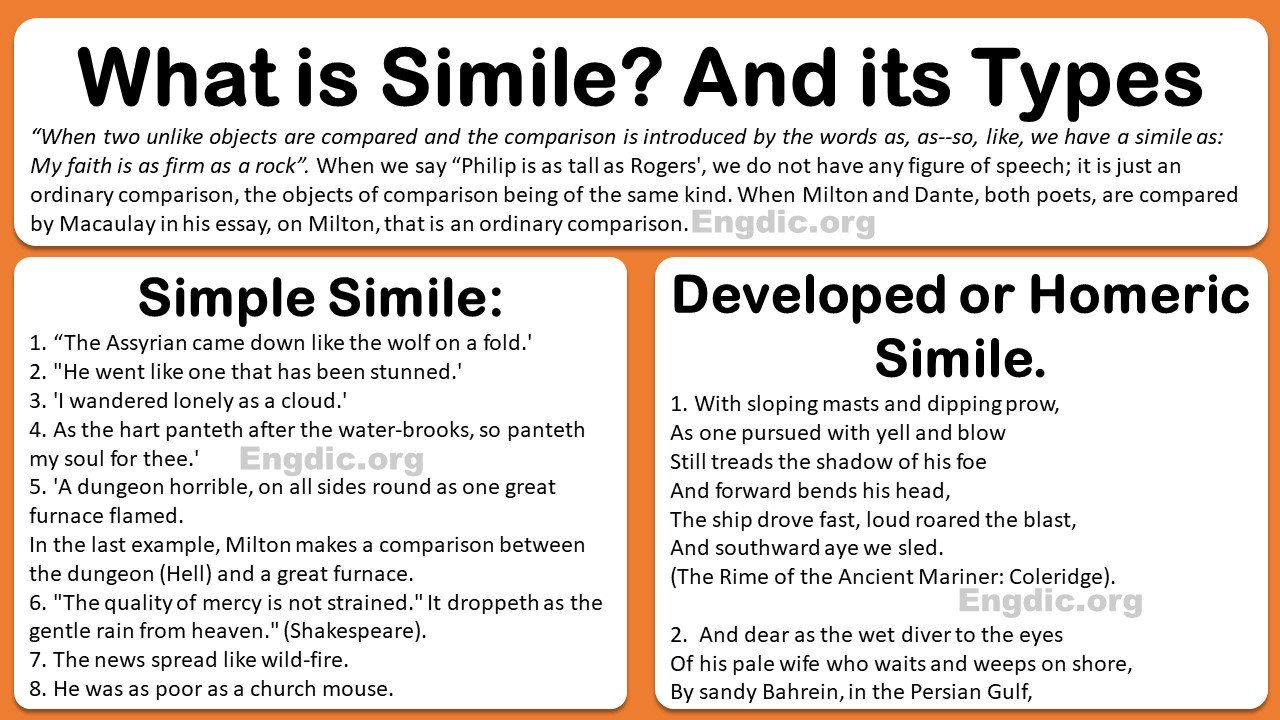 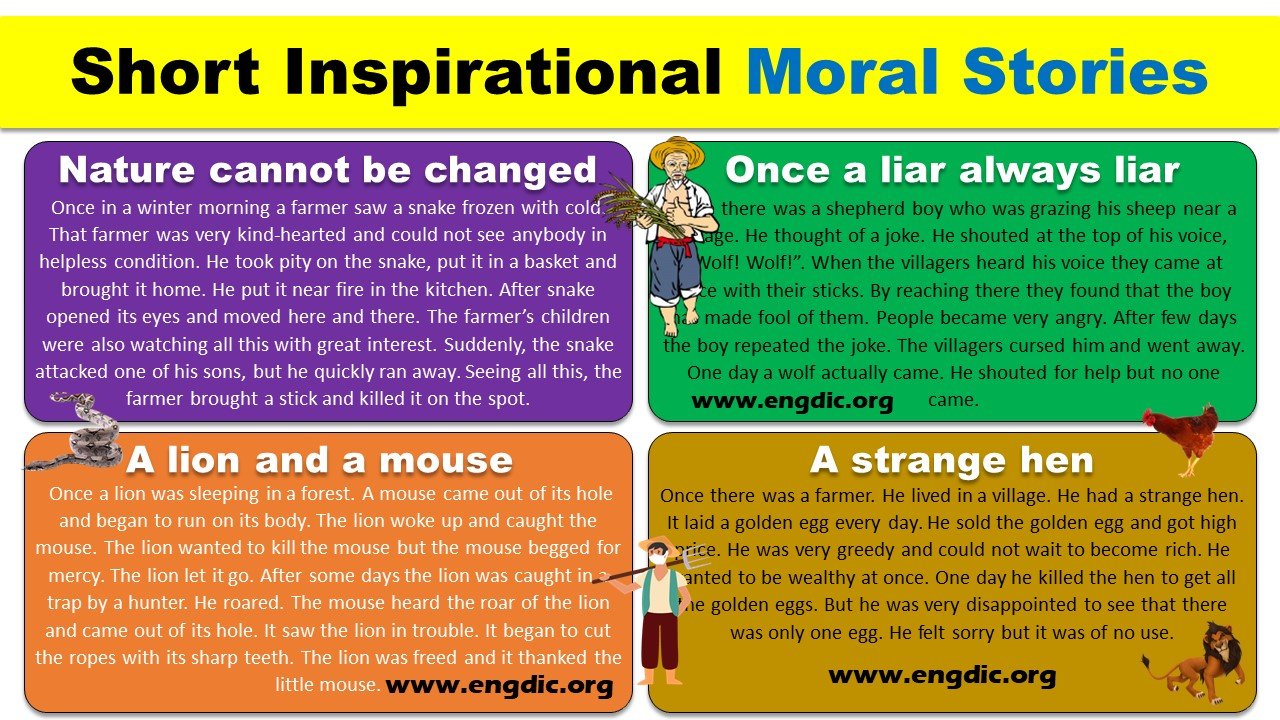 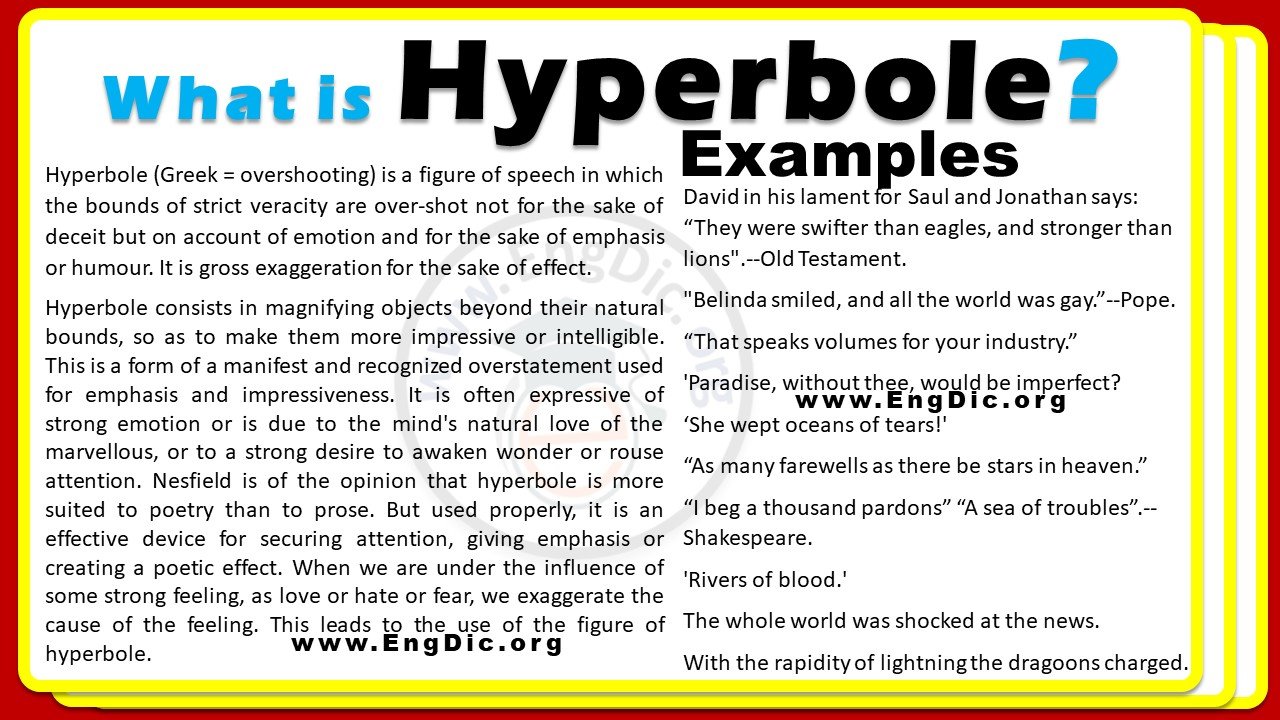 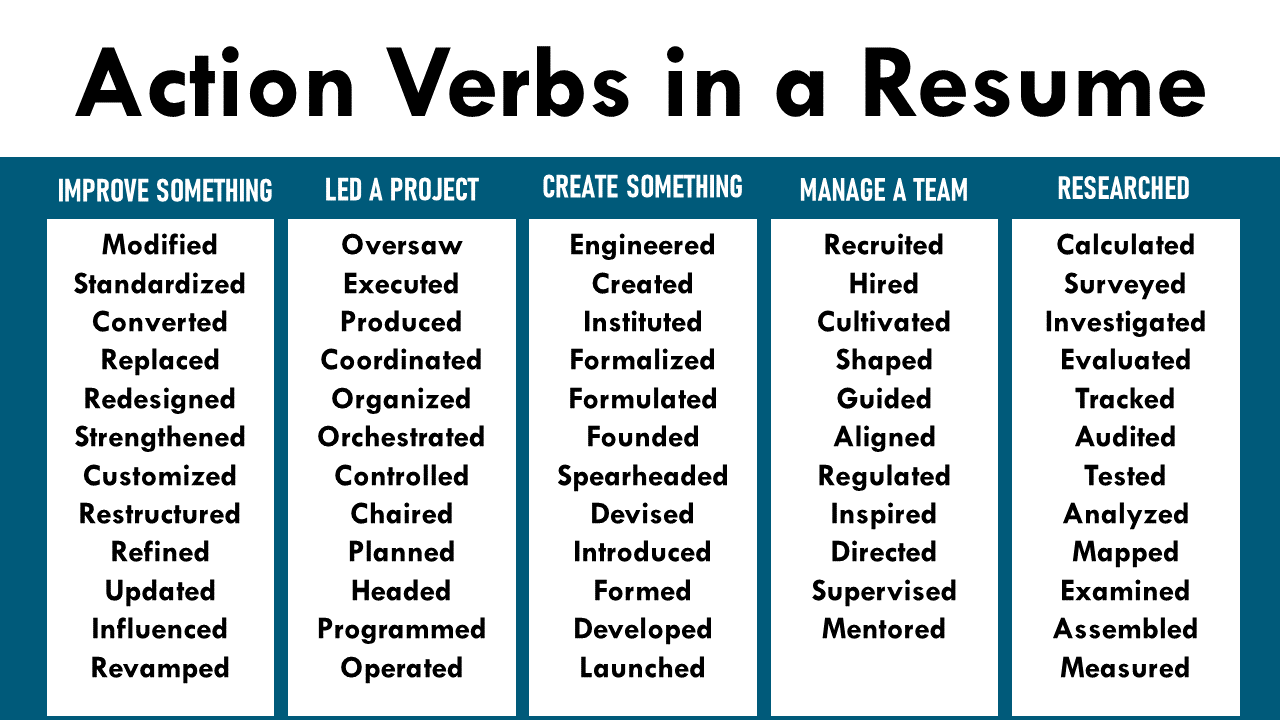 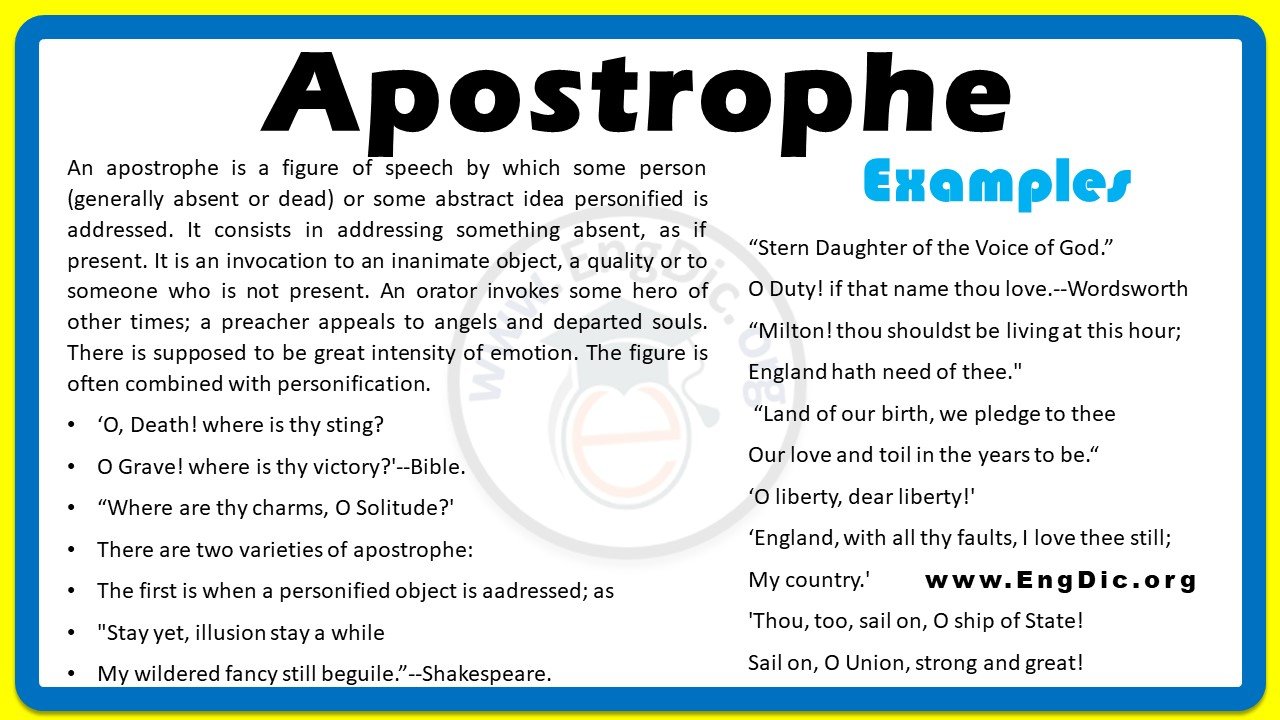