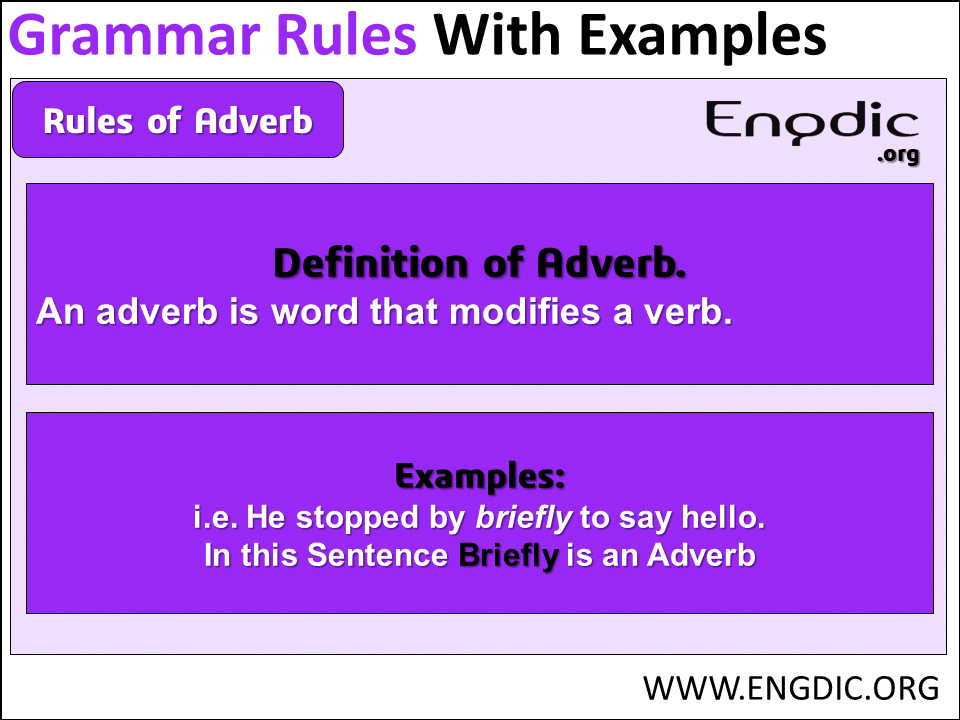 What is an Adverb?

An adverb is a word that modifies a verb.

i.e. He stopped by briefly to say hello.

In this Sentence Briefly is an Adverb

Always use Past Indefinite tense with these words:

Ago, Last, Yesterday, Past time.

She has written a letter two days ago. (Incorrect)

She wrote a letter two days ago. (Correct)

The adverb of time always comes after (is, are, am, was, were been) but before the verb.

He goes Frequently there. (Incorrect)

He frequently goes there. (correct)

He often is ill. (Incorrect)

He is often ill. (correct)

Always use ‘much’ with 2nd Degree. Avoid using ‘very.’

He is very older than I (Incorrect)

He is much older than I. (Correct)

When the Third Form of Verb is Used as an Adjective, prefer to use ‘Very’.

He is much Bored (Incorrect)

He is very Bored (Correct)

When the Third Form of Verb is used as a Passive Verb, prefer to use ‘Much’.

He is very Admired by his student. (incorrect)

He is much admired by his student. (correct)

Prefer to use Very with first Degree of Adjective.

Leone is Much Beautiful. (Incorrect)

Prefer to use ‘Very’ with Present Particulate (Ing-Form), if it is used as an adjective.

I read a much interesting novel last night. (Incorrect)

Never use Adjective after Verb, Rather you can Use an Adverbial Phrase.

Naveed Trod me in a Friendly Manner (Correct)

Note: In a Friendly Manner is an Adverbial Phrase.

Too ⇒ It shows the Excess of something.

He is Very Kind to me. (Correct)

He is too Weak to Walk. (correct)

Always use ‘other’ after (Second Degree of adjective + Than any)

He is taller than any boy in the class. (incorrect)

He is taller than any other Boy in the class. (correct)

Use One Part of Speech after nor…. Neither.

The formula for Making Sentences with Neither and Nor.

He neither Come nor Writes. (Correct)

Neither Does He Comes nor Does He Writes. (Correct)

Note: Does is a Helping Verb Here.

Neither, either, Between, Each, Each other.

For Greater the two:

None, anyone, among, Every, One another

These two boys are quarreling with one another (Incorrect)

These two boys are quarreling with each other.  (correct)

Always Use ‘should’ after ‘Lest’ in a Sentence.

He worked hard Lest he should fail. (Correct)

Many ⇒ Many are always used with a countable noun.

Much ⇒ Much is always used with Uncountable.

I have Much Milk (Correct)

She has many books. (Correct) 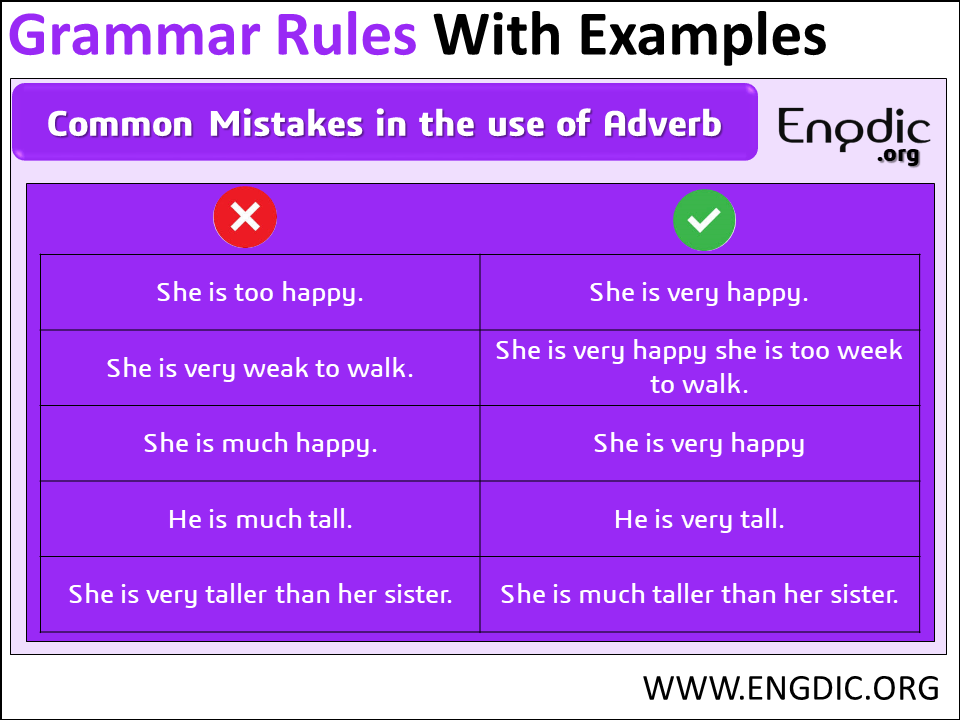