20 Acronyms and Their Meaning 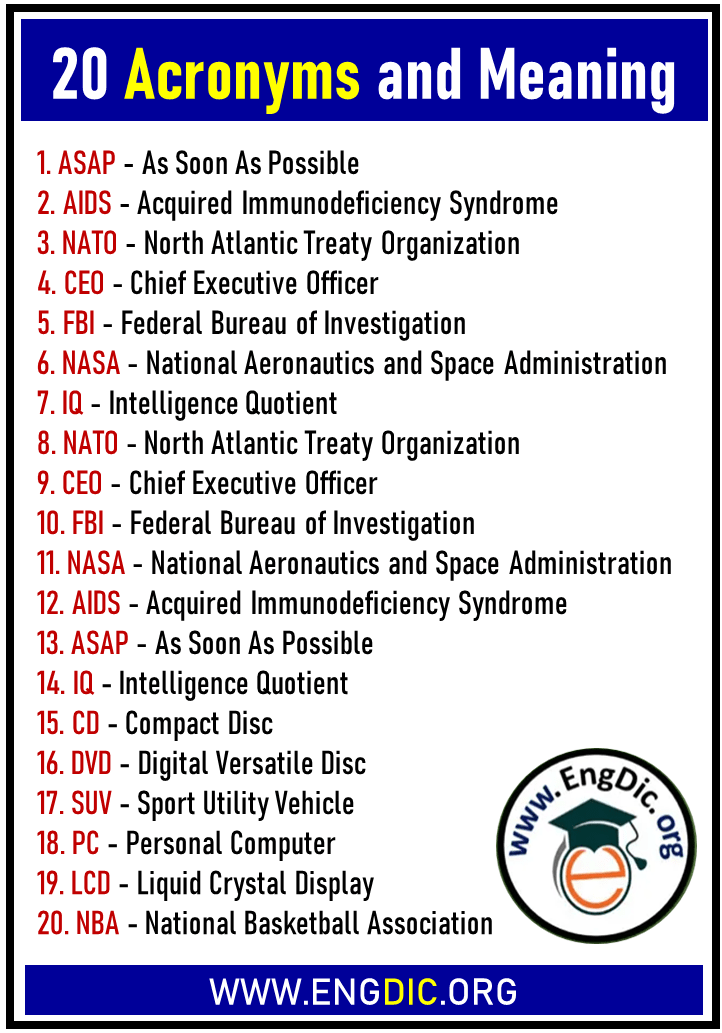 What are Acronyms? An acronym is a word formed from the first letter or letters of a series of words, and it is pronounced as a word. Acronyms are very important in the world of technology and communication. They are used to shorten long words or phrases. The most common use of acronyms is in the military, where they are used extensively to keep communication short and concise. However, there are many other examples where acronyms are used, including in the medical field, education, and business.

20 Acronyms and Their Meaning 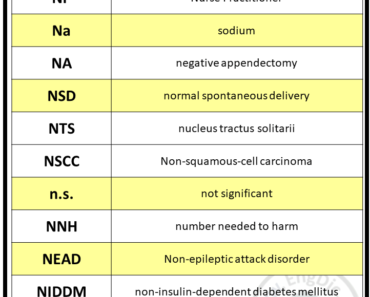 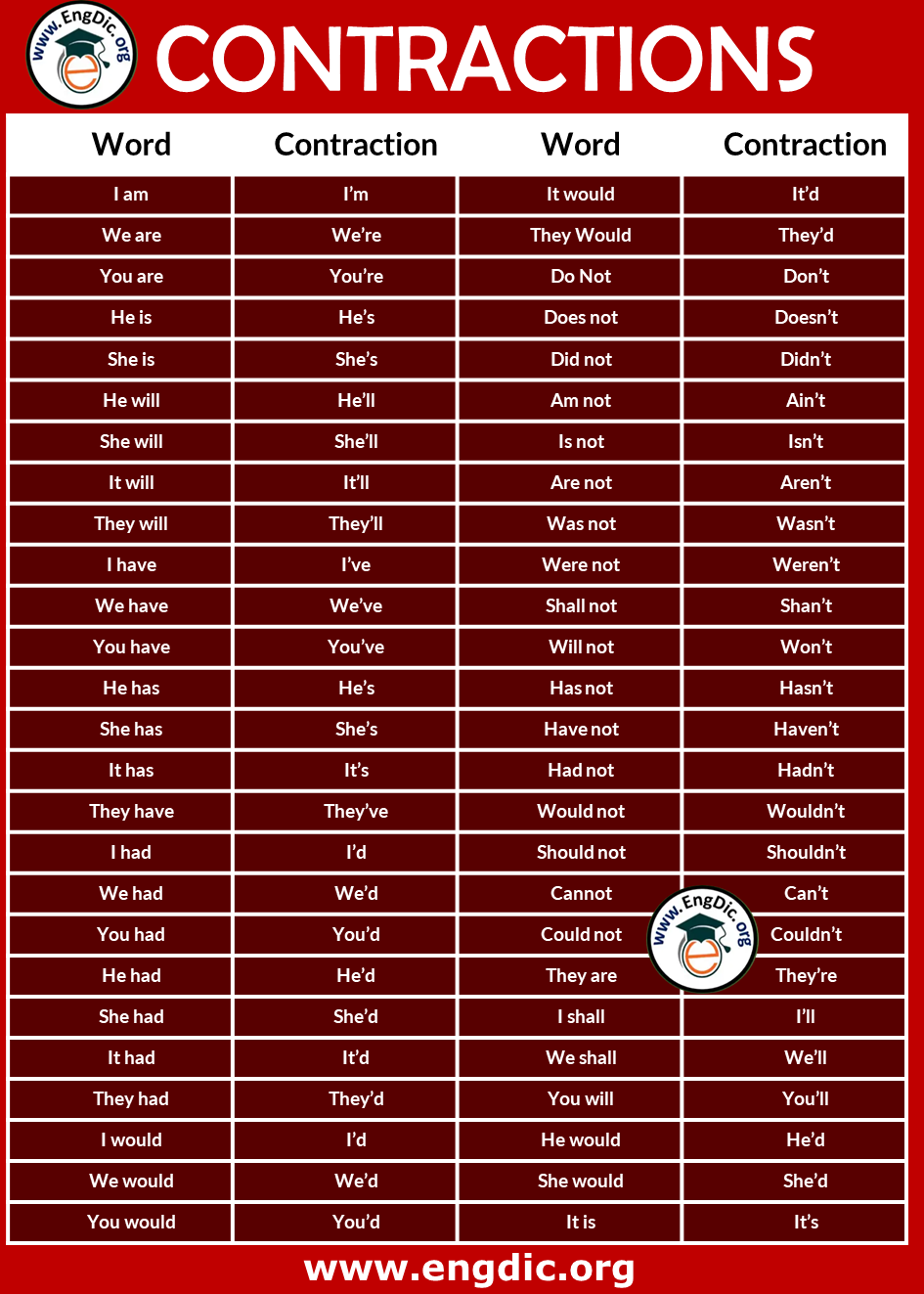 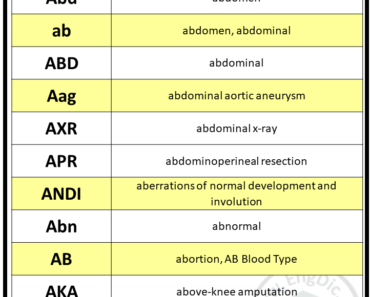 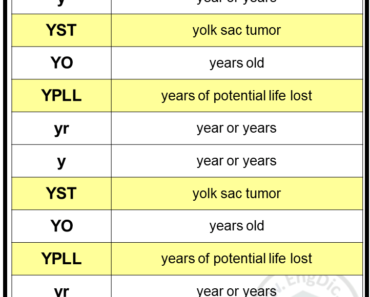 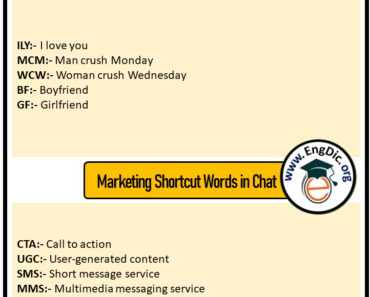