Home » Vocabulary » Opposite/Antonyms » Opposite Of Previous, Antonyms of Previous, Meaning and Example Sentences 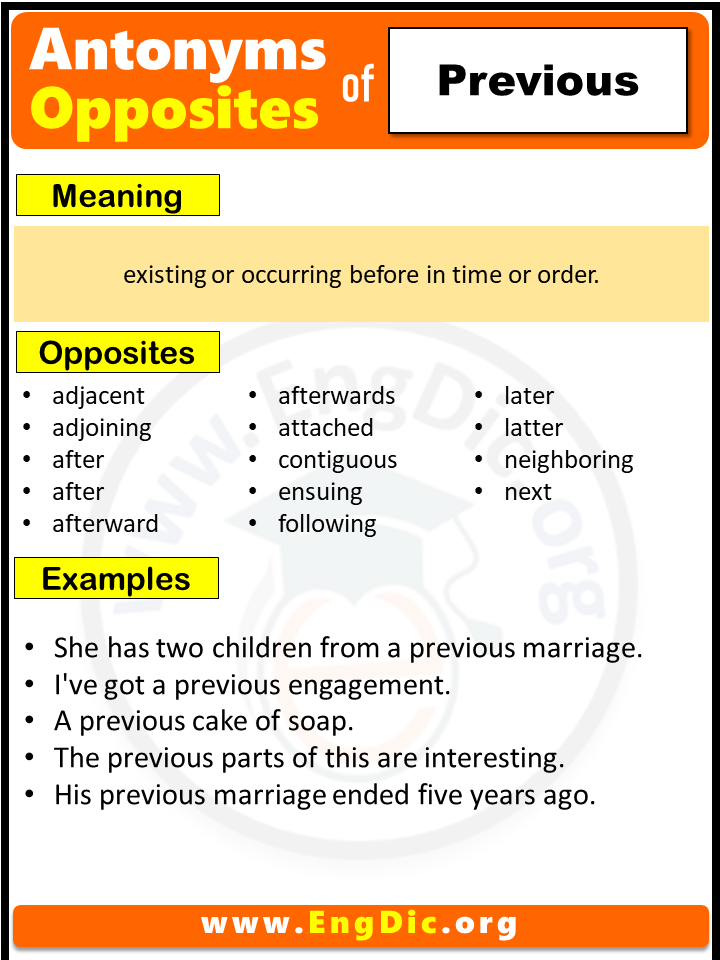 Meaning of Previous: existing or occurring before in time or order.