They are words or phrases that aren’t meant to be taken literally. An idiom is a group of words that are used as a common expression but have a different meaning of their constituent elements.

How to teach idioms to kids?

Teaching idioms to kids is not child play, you must have to select some special easily, and interesting list of idioms to teach a kid. In this list, we have tried our best to provide you with the best suitable list. Teaching idioms to kids of grade 1, Grade 2, and Grade 3 can be very easy by following a very simple strategy, follow these two steps to make learning idioms easy for your kid.

Firstly you have to make this thing interesting for your kid and later he will be learning and playing at the same time. 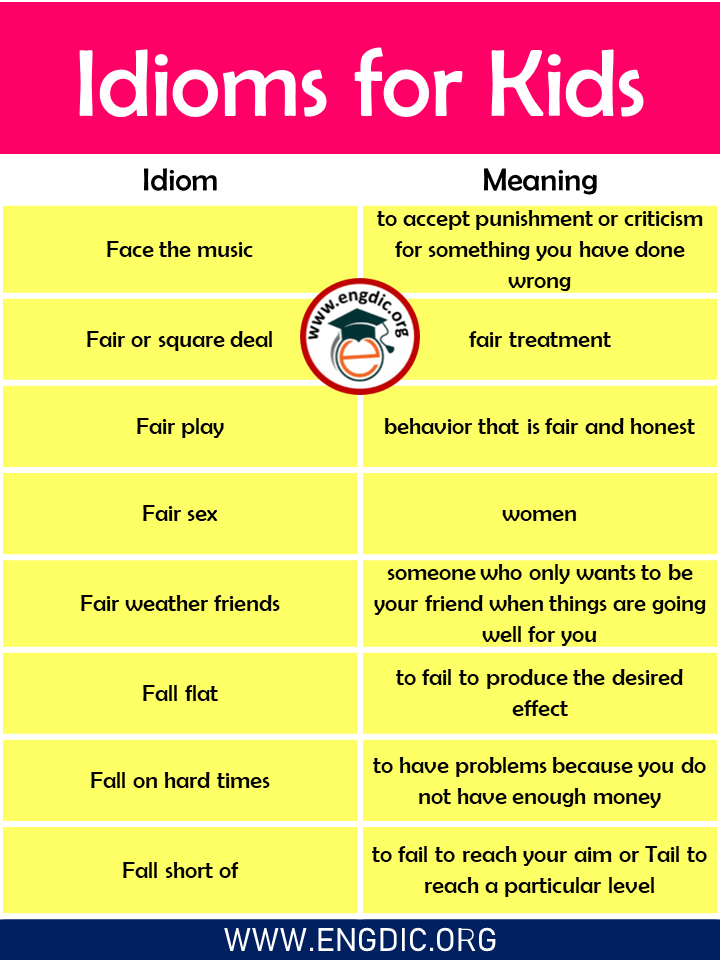 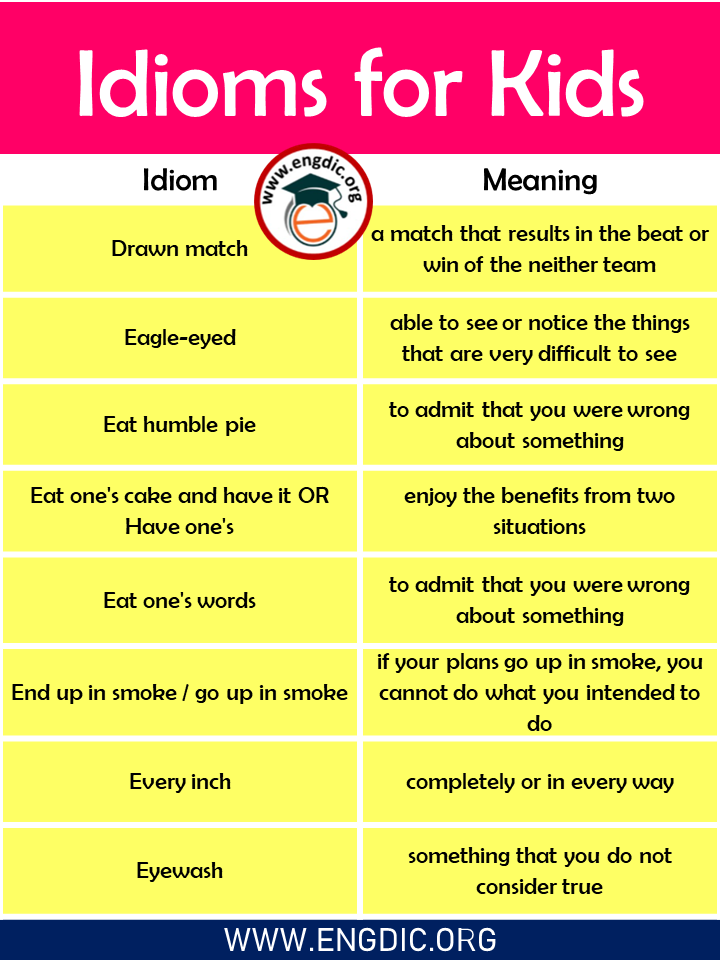 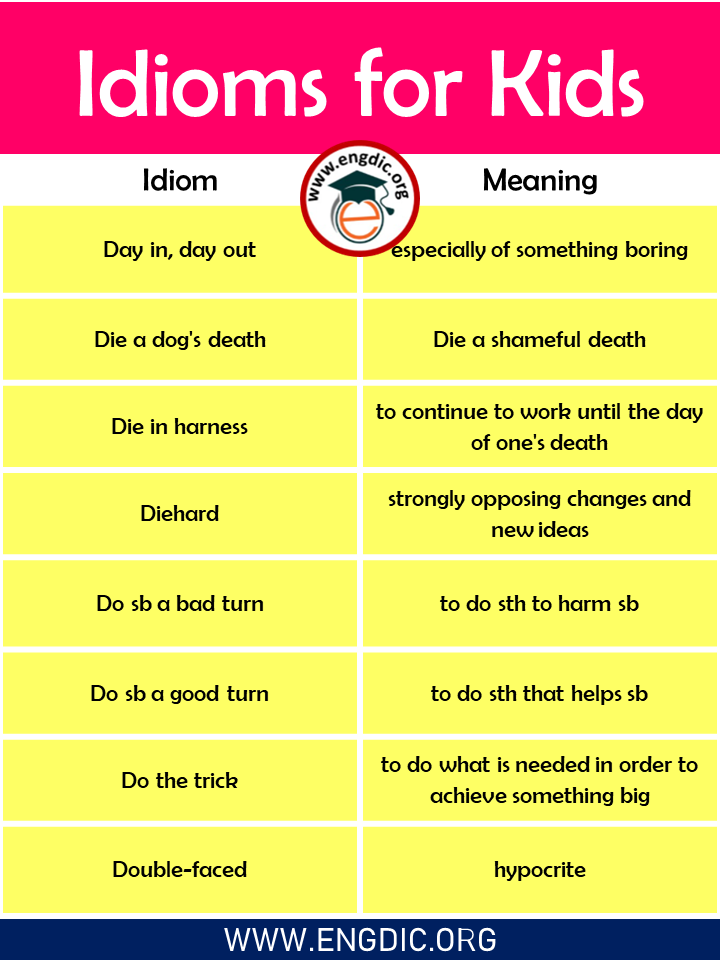 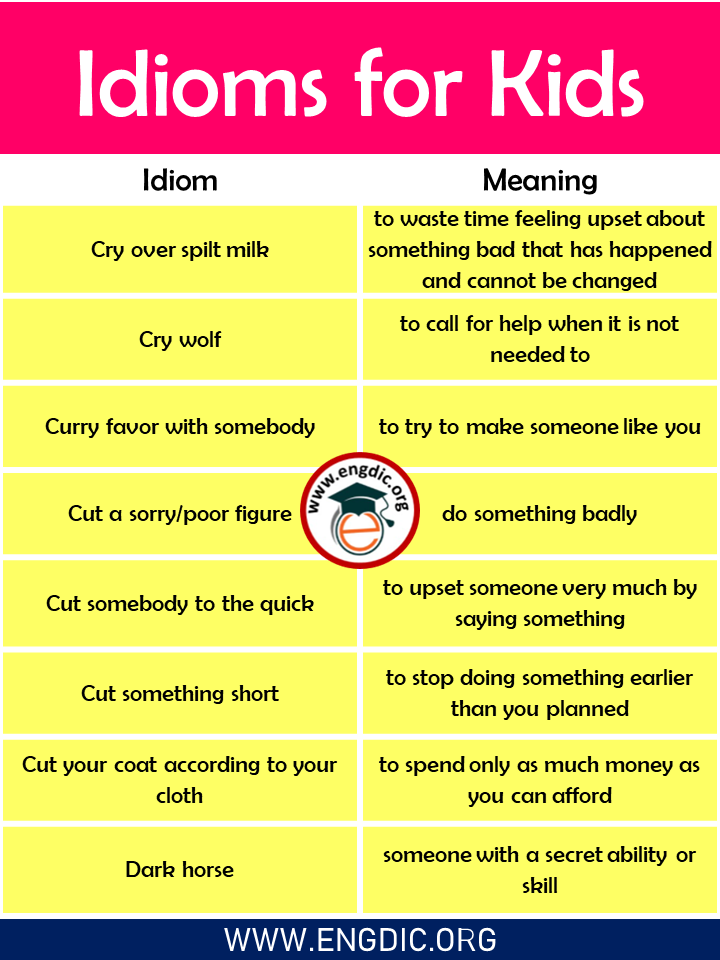 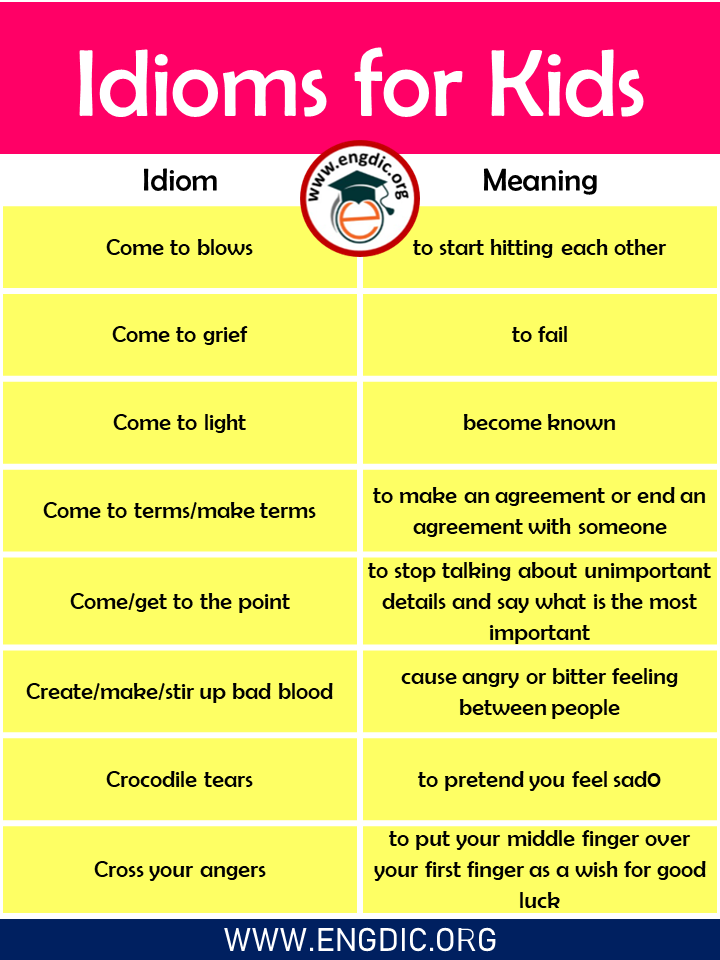 Must Learn: Opposite Words for Kids 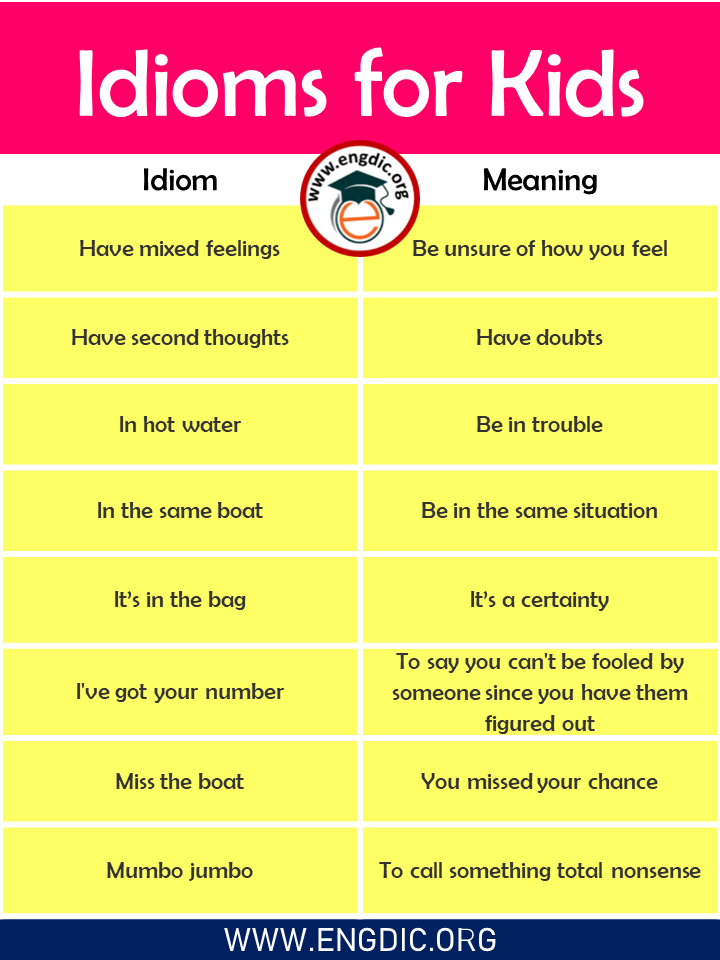 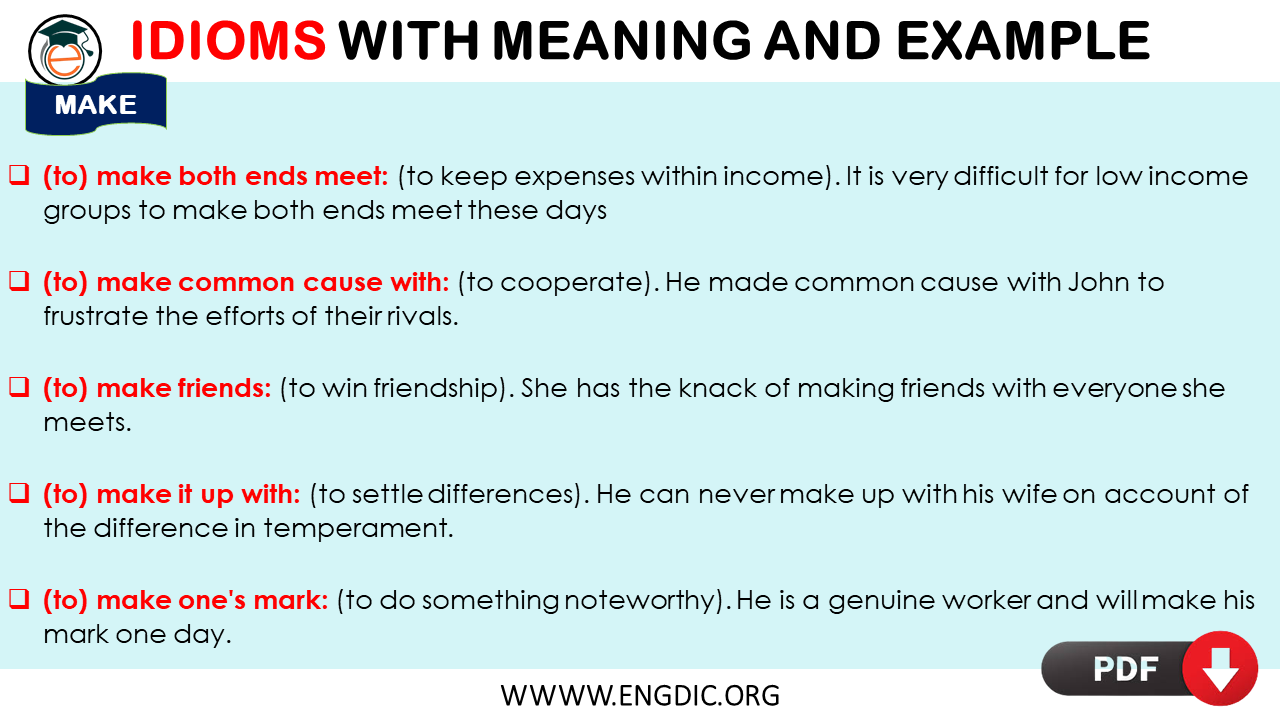 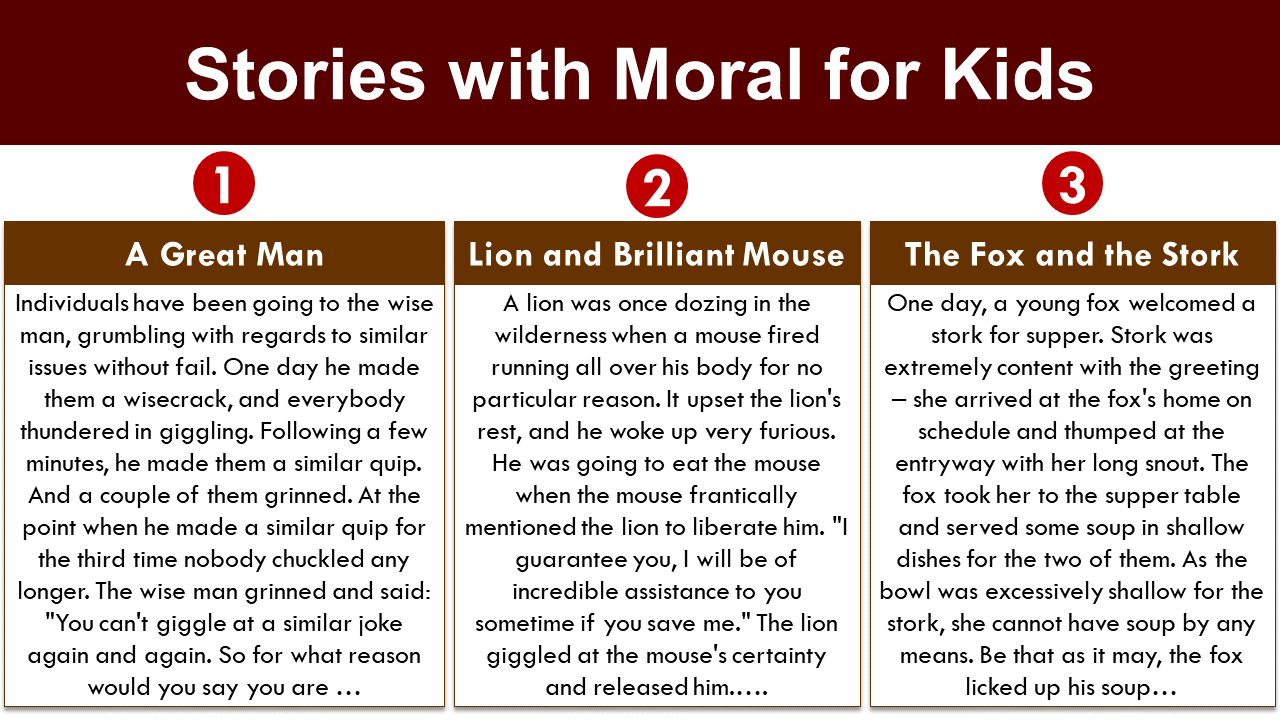 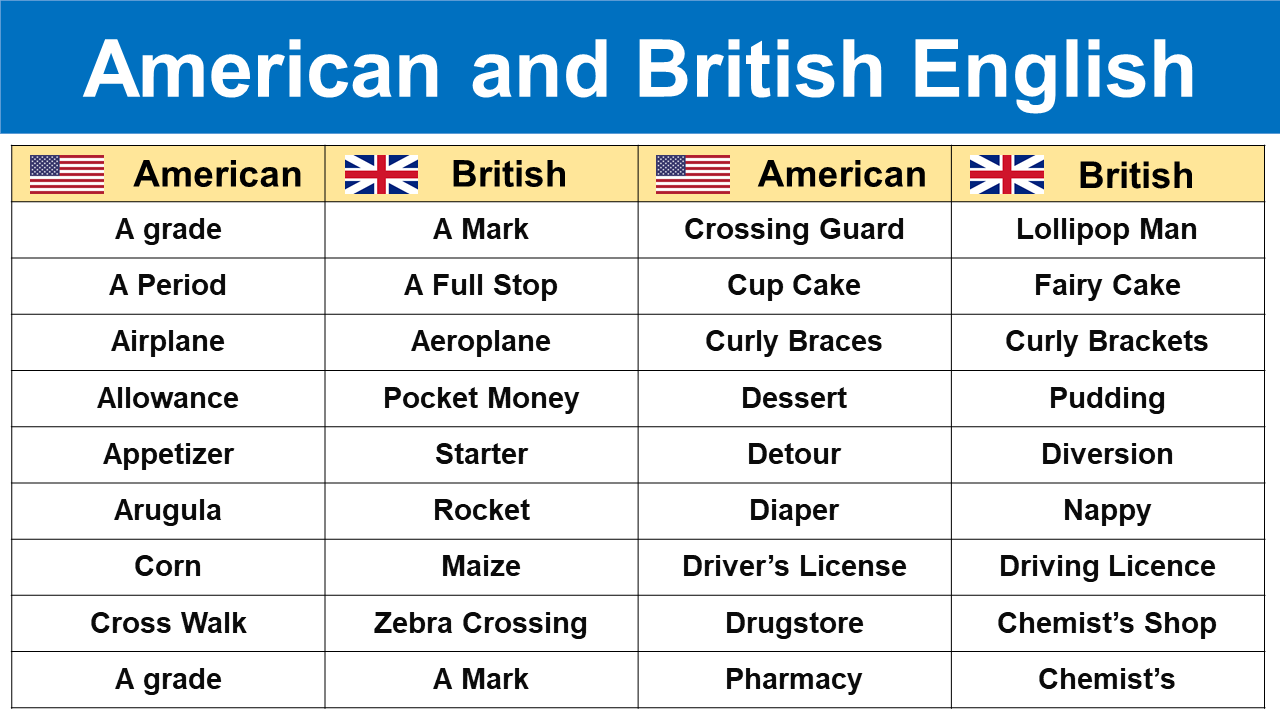 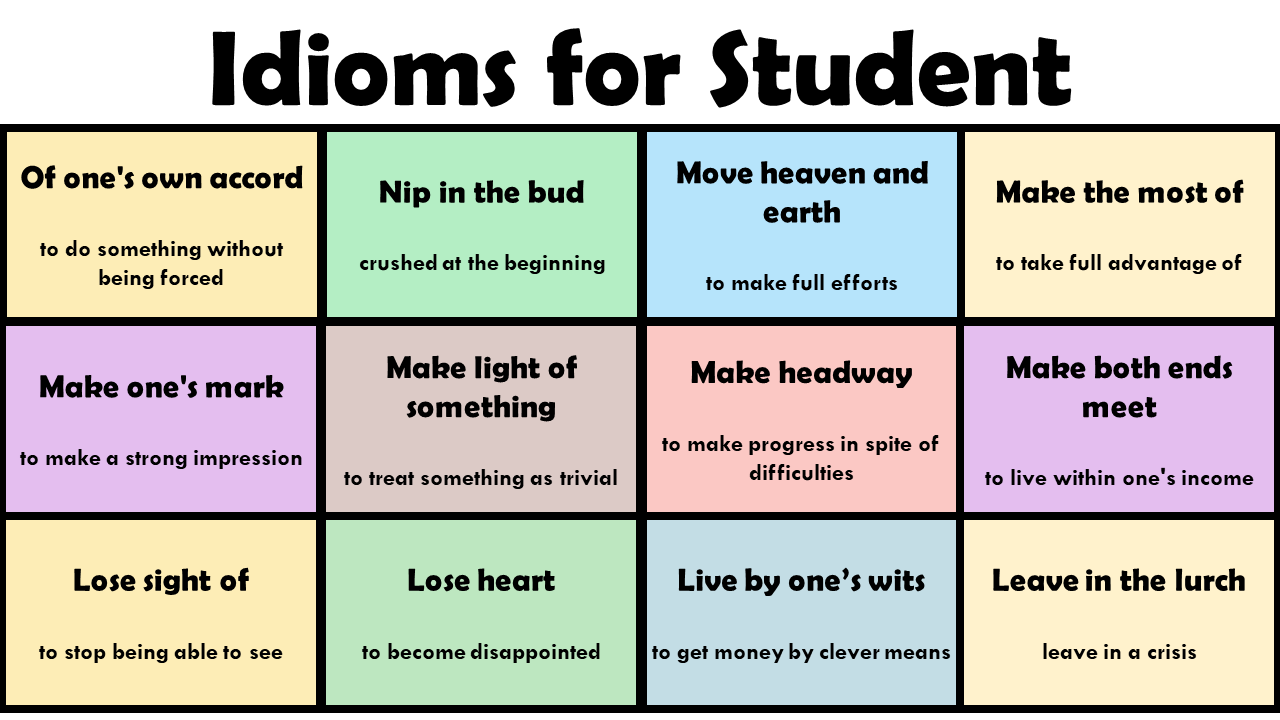 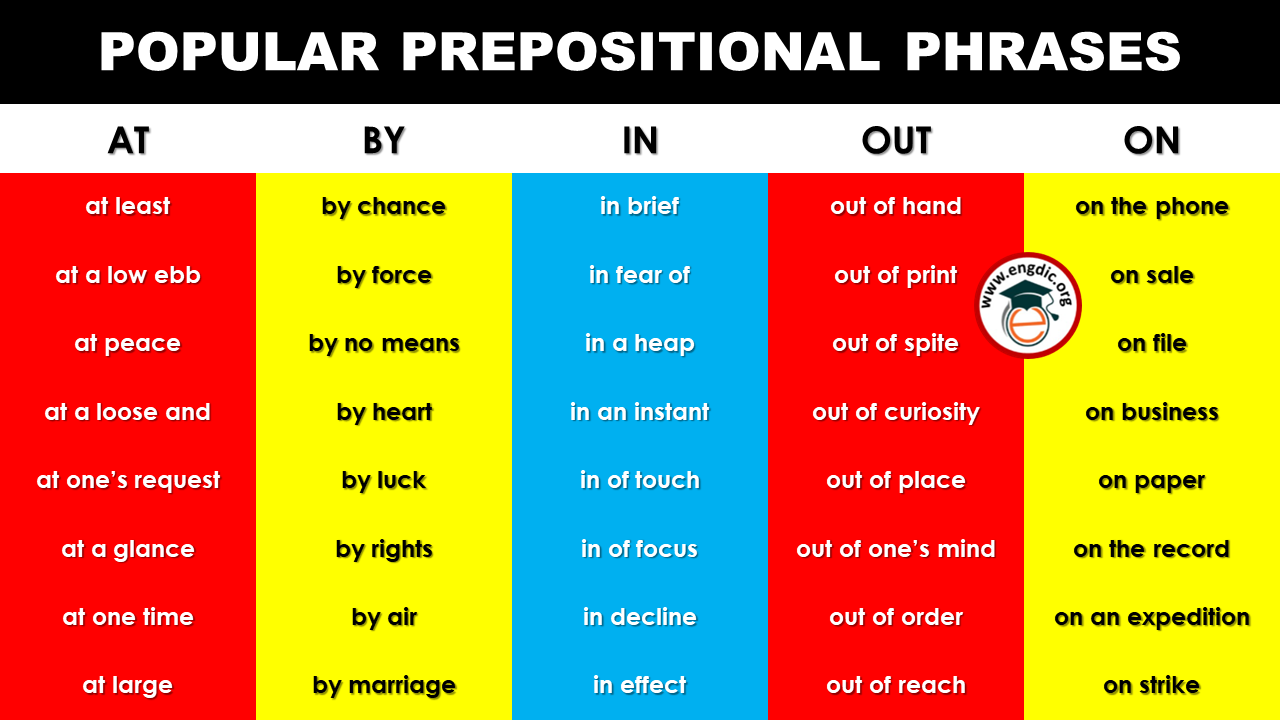